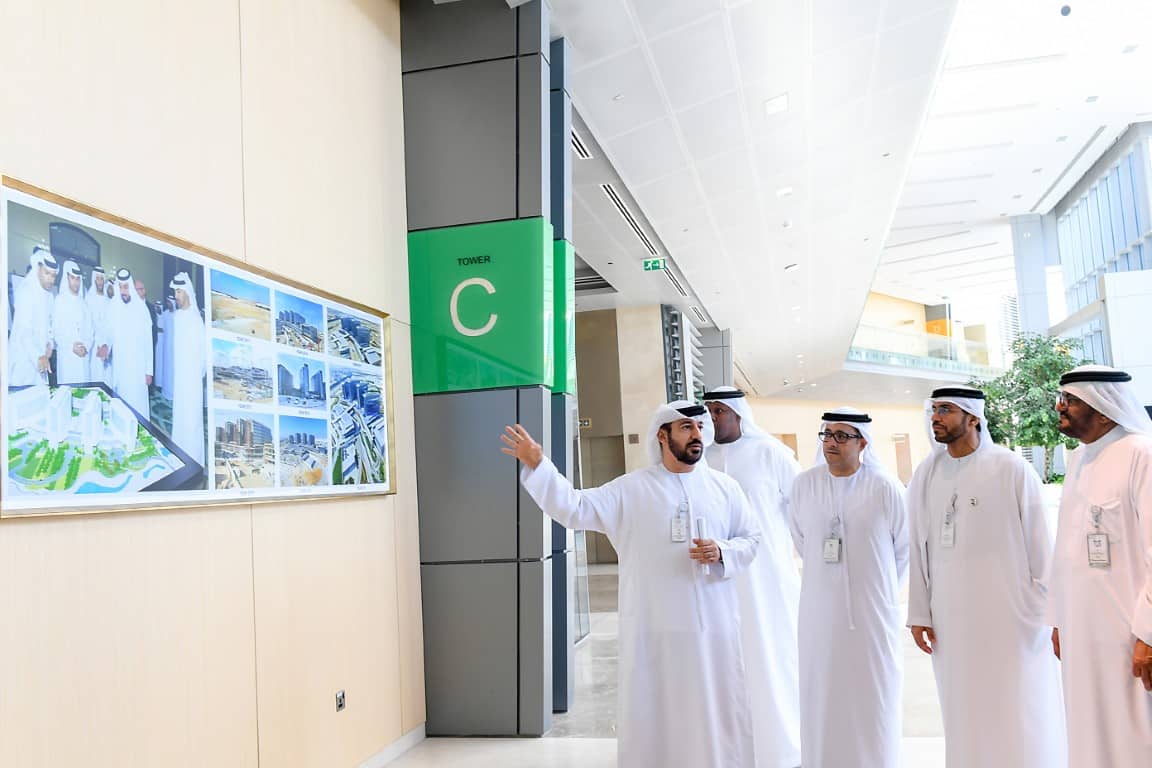 Sheikh Shakhbout Medical City, one of the largest hospitals in the UAE and part of Abu Dhabi Health Services Company’s, SEHA, network, will be partially open to the public on 3rd November, 2019.

Saed Jaber Al-Kuwaiti, Head of Operation Committee at the Medical City, confirmed that the launch of the hospital is part of the Government of Abu Dhabi’s policy which seeks to develop the health service at a global level, in line with Abu Dhabi Vision 2030 and SEHA’s vision which aims to advance healthcare through skills and innovation.

He made his statement during a tour organised by SEHA at Sheikh Shakhbout Medical City for a group of press and media people to show the hospital sections and advanced facilities.

He also said, the 300,00 square metre-hospital area includes 732 inpatient beds with a strategic location close to each of Abu Dhabi, Al Ain and Al Dhafra areas together, that is around 50 minutes by car. The hospital has four wings which are emergency and intensive care, acute surgical, maternity and children and outpatient services, in addition to several specialised areas such as vascular surgery, burns and trauma treatment, pulmonology and orthopaedic and plastic surgery alongside with neonatology.

He explained that the first launch would include adult cardiology, adult neurological, ear, nose and throat, gastrointestinal and hepatobiliary and ophthalmology clinics while the second stage of the launch will take place towards the end of the current year or beginning of the next year.

The tour for press and media people covered the operational chamber, surgery wards, neonatal unit and patient rest wards as they noticed the final preparation for the launch.

The press and media people were introduced to the very advanced and high-tech equipment including robotic surgeon which allows doctors to perform various types of complex procedures with precision, effectiveness and speed which shortens the time of surgery into one-fifth and reduces the healing time, not to mention the higher percentage of success.

The hospital implemented the smart pharmacy system which offers service to customers via 18 windows simultaneously, prescriptions are dispensed automatically which reduces the error rate to nil. Operating rooms have the best equipment auto-controlled in all stages and also have an advanced audiovisual communication system. The outpatient clinics accommodate about 2,500 visitors daily. The neonatal unit has 26 beds with very advanced equipment.

Listen to teens since they have their unique perspectives, Dr Fischer advises parents ahead of International Youth Day