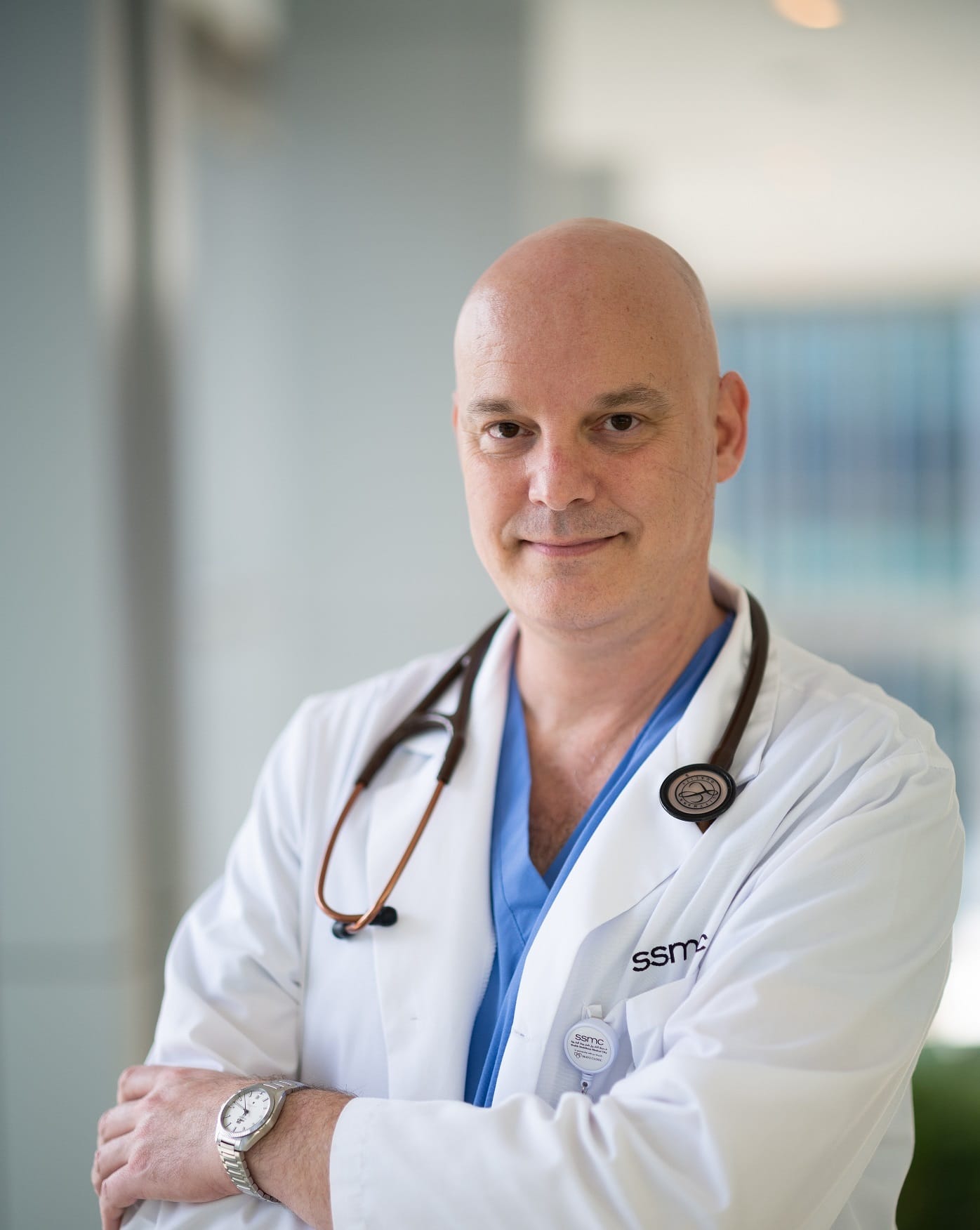 Dr. Edward Black, Thoracic Surgery Consultant at SSMC, said: “Manal Abdelhadi, a 28-year-old female patient diagnosed with a rare autoimmune disorder called myasthenia gravis, was in search of a minimally invasive approach to treating her disease. Because myasthenia gravis is very rare, with a prevalence of approximately one out of 500,000 people affected worldwide, the patient faced difficulty locating a facility within the UAE that offered this technique.”

Myasthenia gravis is an immune disease characterized by weakness and rapid fatigue of any of the muscles under voluntary control and is caused by a breakdown in the normal communication between nerves and muscles. Though the condition can affect people of any age, it is more common in women younger than 40 and in men older than 60. The autoimmune disease attacks specific neurotransmitter receptors that bridge nerve endings and muscle tissues. Myasthenia gravis patients can also have trouble eating and even breathing in severe cases, which often results in them having to go to Intensive Care. The condition can be managed with a robust treatment plan deriving a mix of medications including steroids, immunosuppressants, plasmapheresis (washing the blood) and surgery to completely remove the thymus gland. The normal results of surgery see approximately a third of patients cured, a third improved by surgery and a third who unfortunately find no improvement. Surgery requires thorough removal of not only the thymus gland but also all of the possible sites of anomalous growth of the gland. It is this latter fact that means the surgery needs to be extensive, at least on the inside of the chest in order to get the best chance of a cure.

Abdelhadi said: “I had a really difficult time during my initial diagnosis and treatment. I was told that a tumor would develop between my ribs, which is a critical area and would continue to enlarge until it produced antibodies that would attack my nerves. It became important for me to get surgery quickly, but the options I was given at the time were only limited to open surgery, which wasn’t an avenue I wanted to pursue for personal reasons. I also didn’t want to remain on medication for the rest of my life, so I researched less invasive surgical treatment options, but I was advised that I would only be able to find them in either India or Italy. I had made arrangements to travel overseas for the surgery but it was by pure luck that a friend referred me to Dr. Black and his team at SSMC, where they were able to use their extensive experience to perform this particular minimally invasive procedure. I was over the moon!”

Surgical treatment for myasthenia gravis involves removal of the thymus, a gland underneath the chest wall bone. This was not offered to Manal at several hospitals in the UAE as doctors and patients were unaware that this removal is safely performed by key-hole techniques here in SSMC.  Dr. Black and his team performed a total thymectomy including lymphadenectomy and mediastinal fat excision through a unilateral key-hole approach. Dr. Black is one of the most highly experienced thoracic surgeons in the UAE and has been performing this minimally invasive procedure for more than 15 years. He and the neurology team at Oxford University Hospitals were providing a national myasthenia service for England performing most of the country’s surgeries for this disease before moving to the UAE. He has lectured on this type of surgery and published scientific papers on its role in managing this disease.

“This minimally invasive technique resulted in Manal only having to stay in the hospital for one night compared to the four days that would have been required had she undergone an open surgery. She also benefitted from less post-operative pain, faster recovery from surgery, and a quicker return to full activity. On the contrary, if Manal had undergone open surgery, the breastbone would have had to be cut, resulting in a longer and more painful recovery process, with her not being able to drive or do any heavy lifting and an increased period of 6-8 weeks off work for recovery.” continued Dr. Black. “We were extremely pleased at the outcome of the procedure and that she did not have to look further than our UAE boarders to receive the care that she needed. The results of surgeries for this disease usually take time to become apparent as it is an immune disease. Our patient had the best kind of operation and healed very quickly,” concluded Dr. Black.