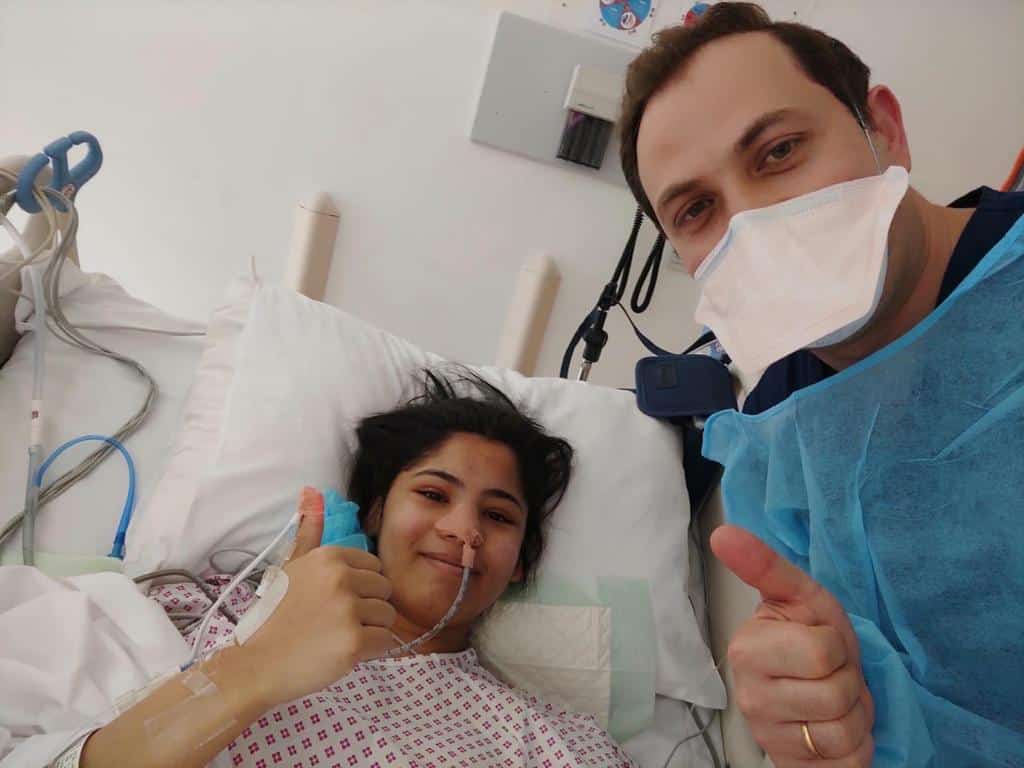 A teenager who suffered from a painful spinal deformity which left her unable to walk straight has her sights set on swimming and running again after successful surgery in Abu Dhabi.

Hoor Elnayed, 16, was diagnosed with a curvature of the spine two years ago and told by doctors the problem could be managed through exercise.

But her condition deteriorated during the pandemic.

“The doctor told me I had a slight tilt in my spine, and that if I exercise and swim it could go,” said the teenager from Egypt.

“I started to swim, but then everything was closed down because of coronavirus.”

During Ramadan she began to experience severe pain from which she could find no respite.

“It was the beginning of Ramadan, and I started to feel severe pain no matter what I did, if I slept on my back I was in pain and if I tried to switch to my side I felt pain,” she said.

“I went to my mother, and she gave me Panadol to relieve the pain and so I could sleep.”

The next morning she woke to find a tilt in her back from the waist up.

Hoor visited Sheikh Shakhbout Medical City’s emergency room a few days later and was given a number of pain relief injections before being referred to a doctor specialising in scoliosis.

After a series of X-rays, MRI scans and examinations, she was diagnosed with thoracolumbar scoliosis.

“She acquired that during her growth period,” said Dr Charbel Moussallem, an orthopaedics and spine surgeon at SSMC.

“After nine years of age, when the person’s body starts growing rapidly, the bone can grow in an abnormal way leading to a big deformity.”

He said Hoor was suffering severe pain due to the body’s imbalance.

This condition can cause frequent falls, as the person affected lacks a stable centre of gravity.

The doctor said that if left untreated the condition can eventually cause stress on the lungs, affecting the patient’s respiratory system, and it was decided that surgery was necessary to correct the issue.

If scoliosis surgery is delayed, especially after patients enter their 20s, “it becomes extremely complicated”, he said.

“Until a patient gets surgery, they also typically suffer from pain and severe self-esteem issues because of the aesthetic effect of scoliosis on the body”.

While she awaited surgery, Hoor’s mobility was limited.

“I was used to walking for a long time,” she said. “When I used to go to the mall with my mother and she would suggest we take a break to sit down for a bit, I wanted to keep going.”

However, with the severe tilt, she said it became very uncomfortable and painful to walk.

“Even when I stopped to sit down, I wouldn’t feel relieved from the pain, I needed to lie down to rest.

“And I could not practise my daily exercises any more; I used to swim and do online workouts at home.”

Her surgery in June was the first scoliosis procedure to be conducted at the hospital, and it resulted in a 100 per cent correction of her spine.

Planning pays off for medical team

“The surgery was very successful and uneventful because we did very good planning,” said Dr Moussallem.

“The team had undergone an extensive two-week period of preoperative planning. After conducting a mock surgery and doing consultations with a multidisciplinary team, we had factored in three hours of surgical time.”

The T2 surgery was carried out just below the cervical spine to the lumbar spine.

“This surgery usually takes around six hours, we did it in three hours and she left the hospital after three days feeling happy; usually they stay for one week,” said Dr Moussallem.

He said the patient’s “high spirits and [her] mother’s support” were also key to the success of the procedure.

“I went into surgery feeling very happy that my pain will finally be over,” said Hoor.

She is now back at school and only feels tired after sitting for a long period of time.

“So when I get tired from sitting, I ask for permission to leave the class and I go to the school nurse.

“She gives me Panadol and lets me walk a bit.”

The teenager said she is looking forward to start swimming and running again.

Dr Moussallem said Hoor has been completely cured of her scoliosis and can even exercise. But she should avoid contact sports for six months to protect her back while it is still healing. 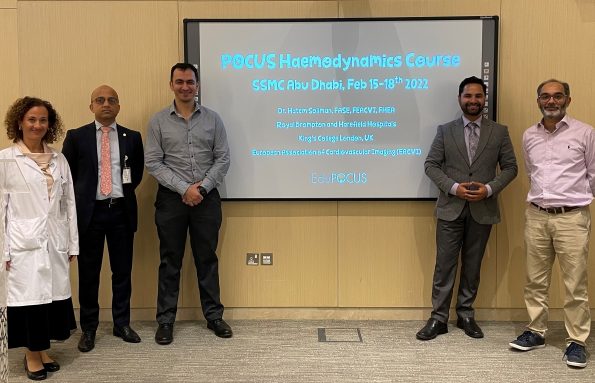 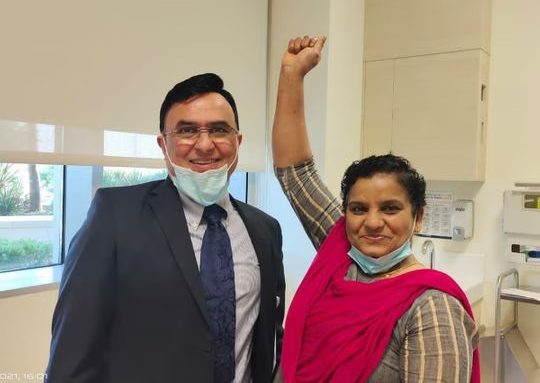