Health authorities are urging women to get screened for cervical cancer, a leading cause of death among women in the UAE.

January is Cervical Cancer Awareness month, highlighting the fourth most common cause of cancer-related deaths in women globally. With early detection through a pap smear, cervical cancer is completely treatable, yet in 2018, an estimated 570,000 women were diagnosed with the disease, and about 311,00 women died from it.

“Mortality rates are predicted to increase even further as the years continue,” said Dr Muhieddine Seoud, chairman and consultant at Sheikh Shakhbout Medical City’s department of obstetrics and gynaecology.

“However, an important fact to note is that cervical cancer is preventable, which is why Cervical Cancer Awareness Month is such an important occasion to highlight the imperatives of HPV vaccination, screening, and other preventative strategies.”

Cervical cancer can be caused by human papillomavirus (HPV), for which there is a vaccine available. It is the most commonly sexually-transmitted infection in the US with nearly 80 million individuals infected, most in their teens and early 20s.

In the UAE, the HPV vaccine is available and administered at health centres and schools.

In spite of these efforts, infection rates and deaths remain high.

“The key to prevent cervical cancer is providing the HPV vaccination to girls at school from 13 to 14 years old and for women from 18 to 26 years old and who have never been immunised,” said Dr Alia Al Dhaheri, acting chair of obstetrics and gynaecology at Ambulatory Health Services.

“It is recommended to get the HPV vaccine a few years before marriage. Cervical cancer can be eliminated by early screening and treatment from the ages of 25 to 65 years old.”

For women whose health insurance does not cover cervical screenings, hospitals usually offer affordable packages, in the Dh300 range, for consultation and testing.

“We believe that access to these screenings is an absolute necessity for women,” Dr Al Dhaheri said.

Cervical cancer occurs when there is a long-standing infection of certain types of the human papillomavirus in the body. While there are more than 150 types of HPV, only 13 of them cause cancer.

Early signs of cervical cancer include abnormal bleeding or abdominal pain and discomfort.

Cervical screening helped to save the life of Belgian Aline Hagopian, 51. The Abu Dhabi resident discovered she had pre-cancerous cells during a routine annual check-up.

“I was surprised. I wasn’t expecting it,” she told The National.

Ms Hagopian’s doctor told her that being tested for the disease early was what saved her life.

“If undiagnosed she would have had cervical cancer which would have been difficult treat and maybe fatal,” said Dr Seoud.

Surgery and radiation therapy are the standard treatments for advanced cervical cancer. Others are chemotherapy and biological therapy.

If the cancer is only on the surface of the cervix, it can be removed or destroyed with procedures such as a loop electrosurgical excision procedure, which uses a heated wire loop to remove cells and tissue in a woman’s lower genital tract.

Ms Hagopian’s cancer was more invasive, meaning she had to have a hysterectomy, meaning the entire uterus was removed.

“I can not ignore the fact that it was scary but after understanding fully the details, I have to say that I am relieved and I’ve turned a chapter. This is now history,” she said.

“My advice is to not miss any regular check-ups, it saves complicated outcomes and lives.” 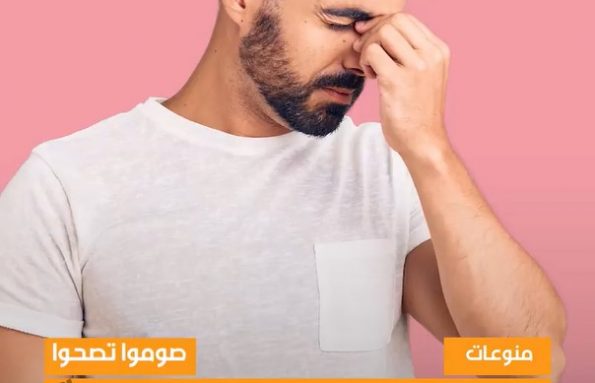 Dr. Zakaria Ammache gives tips on how to avoid headaches in Ramadan